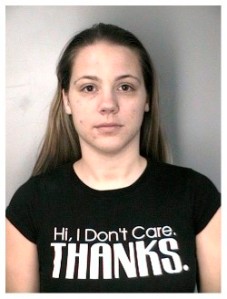 Most parents always want what’s best for their kids. Most kids just want their parents to leave them alone…but not too far. Staying INvolved, while Keeping Out!     — BadWitch

Dear GWBW — …What’s (considered) anti-social? My daughter who is in junior high gets good grades, has friends, but is often home alone. She gets asked to activities but says she’s not a belonger. Should I insist she go to at least one social outing a month? …I get her every other week. — Worrywart Parent

From your description, your daughter doesn’t sound anti-social but well-adjusted and independent. If you are strongly worried, get feedback from her teachers/counselor that this is also their perception. This is cute to me —she sounds like she’s a Solo Sammie in training. Again, you say her grades and psyche aren’t suffering and at her age, those are the biggest indicators of trouble or peace. Ongoing, keep an eye on her progress; teens’ moods and perceptions can be like the wind.

Just a suggestion, you may be more concerned about your scheduled time with her than her own social time spent. Check yourself for any possible competition (including with your ex-), insecurities and legitimate concerns as a parent, and just work not to project them onto your daughter. Check in regularly and work with her other parent so you two are on the same page about your child as much and often as possible. Let your daughter know that you are absolutely fine (but only if this is true) with who and how she is by taking an active interest and asking appropriate (to situation as well as for privacy) questions and making sure you continue to know (and probably vetting is a good idea at this age most especially) her friends. Don’t just assume they’re all like her; participate from the periphery of her social circle.

For pete’s sake, insisting a middle school teen do anything is a sure-fire recipe for non-compliance (rebel or not; jeesh, how long’s it been, Worrywart?). Make a few activity suggestions now and then based on observing her actual interests and inclinations, but if she opts out, leave her be.

It sounds like you need to learn more about how your daughter is feeling about her classmates and the people who are inviting her to activities. If she does not feel like she can be herself in order to belong to the group, she may be opting out as an act of self-expression/self-preservation. It could also be that she has some negative feelings associated with these folks and so chooses to remain alone rather than join in.

My friend’s daughter has similar “alone” tendencies. This weekend, even in the middle of a picnic full of kids, she walked up to me to say she didn’t wan to play with any of the kids there. After a couple of questions, “Do you not like the games they’re playing?” “Are you not getting along with someone?” “Did you think someone was being mean to someone else or to you?” “What do you want to do ideally if you could do anything in the world?”

It came out that she was a little tired, not in the mood to be nice and preferred hanging with adults. She is an only child, so she is no stranger to the company of adults. For her adults pay attention to you and expect to take on the responsibilities of erecting boundaries, keeping you safe and making sure everyone plays nice. In short, she just wanted some time off from being a “big girl.”

Have faith Mommy. And take some time to meditate (a.k.a. daydream) of your daughter happy with friends. See them playing and talking. Look at her with the magical eyes of all you see she is capable of being. The more you can see her that way, the more you shift the energy and the room for her to be more social.

© 2009-2017 ManifestGroup. No materials may be used without expressed written permission.